Prizes for the best professional golfers can be estimated in millions of dollars per year, but sportsmen get even more from sponsoring companies. Advertisers do not reduce budgets for golf, despite the problems in the global economy and a slight drop of interest in this sport in developed markets. Professional golfers earn the major part of money not by victories in tournaments, but by signing advertising contracts, participation in demonstration performances and other events. For sponsors, golf remains the second most important sport in the world after football. The most active sponsor in golf is BMW: the company is a partner in almost a third of the tournaments, where there is a sponsor-automaker. BMW is associated with golf for a long time, the company a strategic partner of the American (PGA Tour) and European tours, providing a prize fund, shuttles, cars. In addition, the company holds the largest series of tournaments for golf fans – the BMW Golf Cup International, where the best players from different countries go to the international final. HSBC Bank also sponsors golf tournaments but only in those countries where it wants to develop its business. 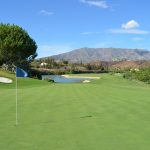 Golf infrastructure increases the value of nearby real estateGolf and business 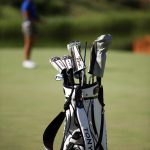 World market of golf equipmentGolf and business
We use cookies to ensure that we give you the best experience on our website. If you continue to use this site we will assume that you are happy with it.OkPrivacy policy