In business related directly to the game of golf, great amounts of money circulate. According to the research of the American Golf Datatech and the Japanese Yano Research Institute, the world market of equipment for golf (clubs, balls, bags, gloves and shoes) excesses $ 8 billion. The USA contain almost 40% of the market and take the first place. The quantity of golf players in the USA exceeds 24 million, and the number of golf fields is more than 15,000. In total, sales of equipment items amounted to $ 3.5 billion. An interesting fact is that American golfers use much more balls (more than a half of world sales), but not so many clubs (only about 30%). The USA is followed by Japan (24%), where about 8 million players spend $ 2.1 billion on equipment, followed by Korea (7%), Great Britain (5%) and Canada (4%), where more than 15% of the population plays golf, compared to 5-8% in other leading countries. To enter one of the golf clubs, the candidate has to pay significant amounts – it can be dozens and even hundreds of thousands of dollars. Although often the membership in golf clubs is got solely to maintain the image of a wealthy person, who is quite successful in business, and for the establishment of useful business and political acquaintances. Slightly less than half of the people who paid a large sum for membership in the golf club, cannot play golf at all. 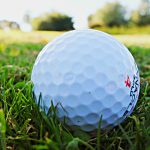 Sponsors in golfGolf and business 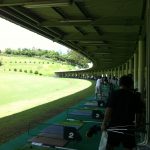 Golf as a businessGolf and business
We use cookies to ensure that we give you the best experience on our website. If you continue to use this site we will assume that you are happy with it.OkPrivacy policy