The history of golf cars

A golf car is a small car designed to carry golfers and their clubs. Usually it is designed for two passengers, less often for four passengers. Because the game takes a long time, players have to stay under the hot sun or in the rain, so golf carts are completed with roofs (which can be easily removed if weather permits). This category of cars has the increased cross-country ability. The terrain of golf fields is crossed, as a rule. Therefore, golf cars are able to enter the slides with a slope of up to 45 degrees. Since they have to ride on not always flat ground, they have increased endurance of the suspension. The first specialized golf car was created in 1932, but it wasn’t widely spread. From the 1930s to the early 1950s, such cars were used mainly by people with disabilities, who found it difficult to walk through the field by themselves. By the middle of the 1950s, golf machines had become widespread. The cars were mostly electric. The creator of the modern golf car is the Californian Merle Williams. Using the experience of developing vehicles with electric traction, gained during the Second World War, his Marketeer Company deployed in 1951 the production of electric golf carts in Redlands. 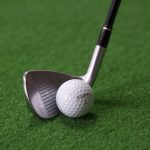 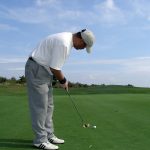 The probable motherlands of golfGolf history facts
We use cookies to ensure that we give you the best experience on our website. If you continue to use this site we will assume that you are happy with it.OkPrivacy policy