The probable motherlands of golf

Many countries pretend to be the motherland of golf. For example, in Holland there was a very popular game “kolven” (though, it was played on ice) – the Danes were driving wooden balls with clubs. The Chinese believe that the progenitor of modern golf was the ancient game “gui van”, widely spread in China in the III-II centuries BC. The French and Belgians also have their own versions of the origin of golf. The Romans had a golf-like “paganica” game. Italians are sure that paganica was the predecessor of golf. They claim that in the days of Roman Empire, Roman soldiers in order to maintain their physical shape played a special game: they chased leather balls with sticks that were bent at the ends. This game could pass from them to Britain in 400 AD, but paganica was a command game and it was necessary to hit a moving ball, so, most likely, this game was the predecessor of hockey, not golf. 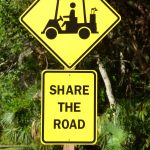 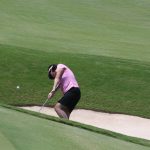 Mary Stuart the golferGolf history facts
We use cookies to ensure that we give you the best experience on our website. If you continue to use this site we will assume that you are happy with it.OkPrivacy policy