A hole-in-one strike is one of the most difficult tricks in the sport. To get into the hole from the first shot is the cherished dream of every golfer, for the embodiment of which you need not only masterfully honed skills of the game, but also have great luck. The probability of hitting a hole in one strike is 1:40 000. Tiger Woods made his first hole-in-one when he was 6 years old. The longest hole-in-one strike was made in 1965 at the Miracle Hills Golf Club in Omaha, Nebraska, it belongs to the club of Robert Mitera. Mitera directed the ball straight to the hole from a distance of 409 meters, that was the tenth hole. In California a 3-year old Jake Paine got the ball in the hole from a distance of 60 meters, that was the field of Lake Forest clubhouse. Harold Stilson from Florida is considered to be the oldest player who made a hole-in-one. At the age of 101 he played golf at in the Deerfield Country Club and got the ball into the sixteenth hole at a distance of almost 100 meters in 2001. Norman Manly from California set a record for the largest number of hole in one strikes – he has 59 of them already. 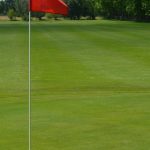 Matteo Manassero – one of the youngest successful golfers in the worldGolf records
We use cookies to ensure that we give you the best experience on our website. If you continue to use this site we will assume that you are happy with it.OkPrivacy policy