In June of 2017 two golf enthusiasts from the United States – Adam Rolston (the golfer) and Ron Rutland (his caddie) – started an outstanding project “Longest hole”. Their game should be the one of the longest in the history of golf. The enthusiasts Ron Rutland and Adam Roulston set out to get into the Guinness Book of Records and raise funds for Laureus Sport and SAGDB. Mongolian Golf Club “Bogd Club” supported their idea and provided everything necessary: geographic maps, telephone, equipment and a radio station for communication. Brave golfers began to hit the golf ball from the base camp of Khüiten Peak, on the westernmost edge of Mongolia, in the Altai mountains, and, playing golf, reached Ulaanbaatar. Over 80 days they made 20,093 hits, overcame two thousand kilometers across the mountains, valleys and deserts of Mongolia and finished this unusual game on September 16. Every shot was tracked and the score was kept in a specially designed app. Initially, the athletes expected to overcome 1850 km, but their path was somewhat longer because of the unpredictable flight of the ball. Floyd Satterlee Rood was the pioneer in playing long golf games. He used the United States as a golf course, playing from the Pacific to the Atlantic from September 14, 1963 to October 3, 1964. He made 114,737 strikes and lost 3,511 balls during his 5467 km way. 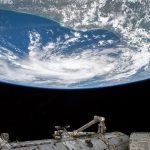 Space golfGolf records
We use cookies to ensure that we give you the best experience on our website. If you continue to use this site we will assume that you are happy with it.OkPrivacy policy