The popularity of golf in the world

Despite the status of elite entertainment for aristocrats and rich people, golf is now one of the most common sports in the world. About 70 million people are engaged in it all over the Earth, and these are only official players: sportsmen, members of federations and golf clubs. The number of simple golf enthusiasts around the world is incalculable. The world’s first place in the number of registered golfers occupy the USA – about 30 million people play golf on more than 15 thousand golf fields. The second most popular golf country is Japan – about 12 million people and 1.5 thousand fields. 5 million fans of the game live in European countries (but these estimates are approximate, since in Europe it is necessary to observe a number of conditions to be considered a golfer, so their number does not coincide with the actual number of people involved in golf). Golf is incredibly popular among businessmen all over the world. According to statistics, every tenth multimillion dollar deal is made precisely on the golf field, and the more expensive the golf field is, the bigger deals are made while playing on it. 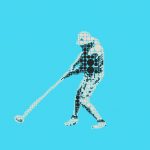 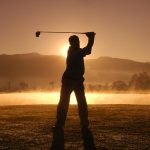 Golf technological innovationsModern Golf Trends
We use cookies to ensure that we give you the best experience on our website. If you continue to use this site we will assume that you are happy with it.OkPrivacy policy